***Due to the fact that I usually have a lot to say, I split this post into two parts. The other half will be posted tomorrow. :-)***

I am a natural. Meaning, I have not had a relaxer in my hair for three years and two months. I am not your average natural girl though. I don’t use all “natural” products on my hair nor do I always tie my hair up at night and sleep with a satin cap. When I decided to go natural it was because I experienced a lot of hair loss after the birth of my first child. I didn’t know at the time, but during pregnancy your hair grows and becomes thicker and doesn’t shed like it normally would due to hormones. This results usually after about 3 to 4 months of giving birth. Guess who fell in the 40%-50% of women who this happened to???
All of this happened right after Christmas in 2009 when I went to get my hair dyed for the first time. I later learned from a co-worker who used to be a hair stylist, that I should not have gone to have it done so early after giving birth. My co-worker told me that it’s one thing to “know” how to do hair and it’s another when you “study” how to do hair. She was right. I not only got my hair dyed, but the stylist decided to glue tracks of hair instead of sewing them in to give me more volume. Well the tracks ended up being glued messy and was a challenge to remove, the dye in my hair did not cover my entire head like I wanted and somehow about 4 inches of my hair on one side toward the top was missing in the the process! There were no words to express the emotions I was feeling. I had clumps of hair coming out of my head and into my sink…it was scary. I had no idea that I could loose so much hair at one time and it would be considered “normal.”
Thus began my natural journey. I decided instead of doing a “big chop,” I was just going to cut my own hair a little at a time while I made the transition. Right before I started cutting my hair it was just at shoulder length. I invested in lace front wigs to wear to work to keep the look I wanted and when I came home I took them off and wore my own hair, cornrowed. Every month or so I would cut about 2-3 inches off for about a year. After a year, I felt I had grown enough of my own hair to finally wear it out. I went to a friend to have her style my hair in two strand twists and they looked amazing!
Since then I have kept up doing my own two strand twists and you can often find me sporting the after look of a twist out in a wavy style. I guess you can say it’s my “signature look.” Also, since two stranding, my hair has grown and reaches past my shoulders when blown out and pressed. My goal however, is to catch up with the woman who holds the world record for the biggest natural afro, Aevin Dugas. Her hair is said to be almost four-and-a half feet around! Talk about high hopes right? 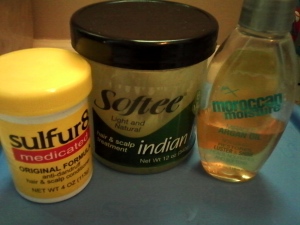 Honestly, my regimen for my hair is really nothing special. I often look for different hair care products that would be best for natural hair and the most consistent thing that comes up it coconut oil and argan oil. I usually will use about 3 different products in my hair. I start with Sulfur 8 because even though your hair is typically dry when it’s natural, I think mine is extra dry! Next up is my Indian Hemp conditioning grease and then Moroccan argan oil to help seal in moisture and keep it protected from any heat. Now, this is just what I have been using most recently. Outside of my argan oil, I will usually switch my other products up before I finish with them. Don’t ask me why. Like I said, I’m not your average natural girl.

From Dress to Skirt